It's a bit after 8am, and I'm getting ready to go head to our local Big Lots. It opens at 10, and today they'll have a Cricut Create on sale for just $99. That's totally in my budget, and if I'm going to splurge, I want the best deal possible.

The kids are mostly still in bed. Gilly is playing Wii Fit Plus right now, and I'm sure Chris will be up in the semi near future. I have cinnamon rolls to make when I get home, or Nick can make them before then, if he wants. We had homemade pizza last night- one of my favorites! It's from a kit, but I always do tricks to the crust to make it yummy. Mostly, I add seasonings to the dough mix, but I also pre-bake it, and saturate it with garlic butter. It comes out nice and tasty.

When I get home, I have to package up the small things I have for the kids. I had grand plans earlier in the week to make felt gift bags, but I didn't have the colors I wanted, and so I waited, and now, have none.

The girls and I went to the ice skating rink yesterday for a birthday party. I really wanted to skate, but figured with a broken tailbone, it would be wise not to attempt it. For the most part, it's healed. It still hurts, but not all the time, and nothing I consider bad enough to have to take even Tylenol for. However, one slip on the ice? Yep, that could have been bad.

All right, then, friends... out the door! Must stop and get gas, as I forgot to yesterday. Oops! 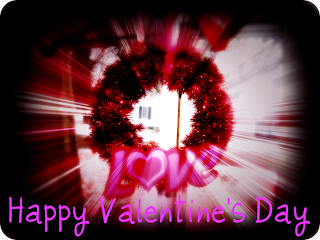 Posted by Expressions by Heather at 8:23 AM

Good luck getting the Cricut! You're gonna love it!! I am also making cinnamon rolls right now!! Have a great Valentine's Day!

Sadly, my Big Lots opened at 9am, instead of the web-site advertised 10am for Sunday's. I got there right at 9, intending to be early, and found they were open, with a full parking lot. The last Cricut sold to the person 2 people ahead of me in line :(

HAPPY VALENTINES DAY!!! So sorry about the Cricut, is there another one in your area?

That is the only Big Lots within 50 miles. My friend was going to call her local one as well for me, though.